I expect 2020’s remembrance of VE Day was intended to be quite a grand affair but the lockdown muted plans such that in the end, they were sadly far from the scale of the street parties of the Queen’s 1977 Silver Jubilee.

Despite that, I’d heard word of one taking place near to me so I headed out to see what was happening there.

Luckily the spell of warm weather was still with us, so most of the residents were out, sitting on their drive ways in family groups with kids cycling around the traffic-free broad avenue.

Sporting blue, red and white or in retro styles, most people had entered into the spirit of the day.

With the organisers looking great as land girls.

As I wandered around and spoke to people, I became aware a quiz was about to start. “In which continent is the Gobi Desert?” I think I knew the answer, but thought it best to head home before I overstayed my welcome.

I intended to head back home, but on hearing music coming from somewhere nearby, I decided to follow its direction.

A pair of speakers and lively music meant the party spirit had set in early and the residents were already dancing in the street.

There was a real family and neighbourly bonhomie here, where everyone was proud to show off their outfits and even face painting.

I could definitely feel those close family bonds as I captured a few tender moments.

The people here had heard of another nearby street party and they encouraged me to check that out too, so I started up my map app on my phone and walked off in that direction.

Heading over to the next street party, I glimpsed a few people in one of the back streets. Gathered around an interesting 3-wheeler vehicle, its owner was proudly showing off this quite incredible and intricate “lest we forget” themed body-work to his neighbours.

Fortunately, they agreed to me taking a couple of shots as I think this is such an amazing bike!

Each of the three street parties I visited had their own charming characteristics, but the thing that set this one apart was a series of tables full of food that the neighbours had all contributed for sharing.

I was kindly offered a chair and a glass of wine, so of course, I very gratefully accepted and sat down with a few of the ladies to have a chat.

Quite soon, one of them mentioned I’d missed one of the neighbours doing a turn, signing with a ukulele as accompaniment, but “don’t’ worry”, she assured me, “wait here, I’ll go and get him”. A slightly sunburned chap appeared with musical instrument in hand and promptly gave a fabulous rendition of Chippy Tea.

Chippy tea, chippy tea
I want’s a chippy tea
But you keep givin posh nosh
It don’t agree with me
I don’t want lobster thermadore
Or your rasberry coulie
I’m a working man from Lancashire
And I wants a chippy tea

End of the Day

For me, it was quick walk up to the picturesque village of Eagley, to see if any celebrations were still going on. By contrast, it was so quiet, but despite that, it looked as quaint as ever with its single line of flags as the only evidence that a party might have taken place earlier in the day.

I’ll end this by saying that even when I turned in for the night, I could still hear music drifting over from Party Street, so some revellers were still going strong – good for them! 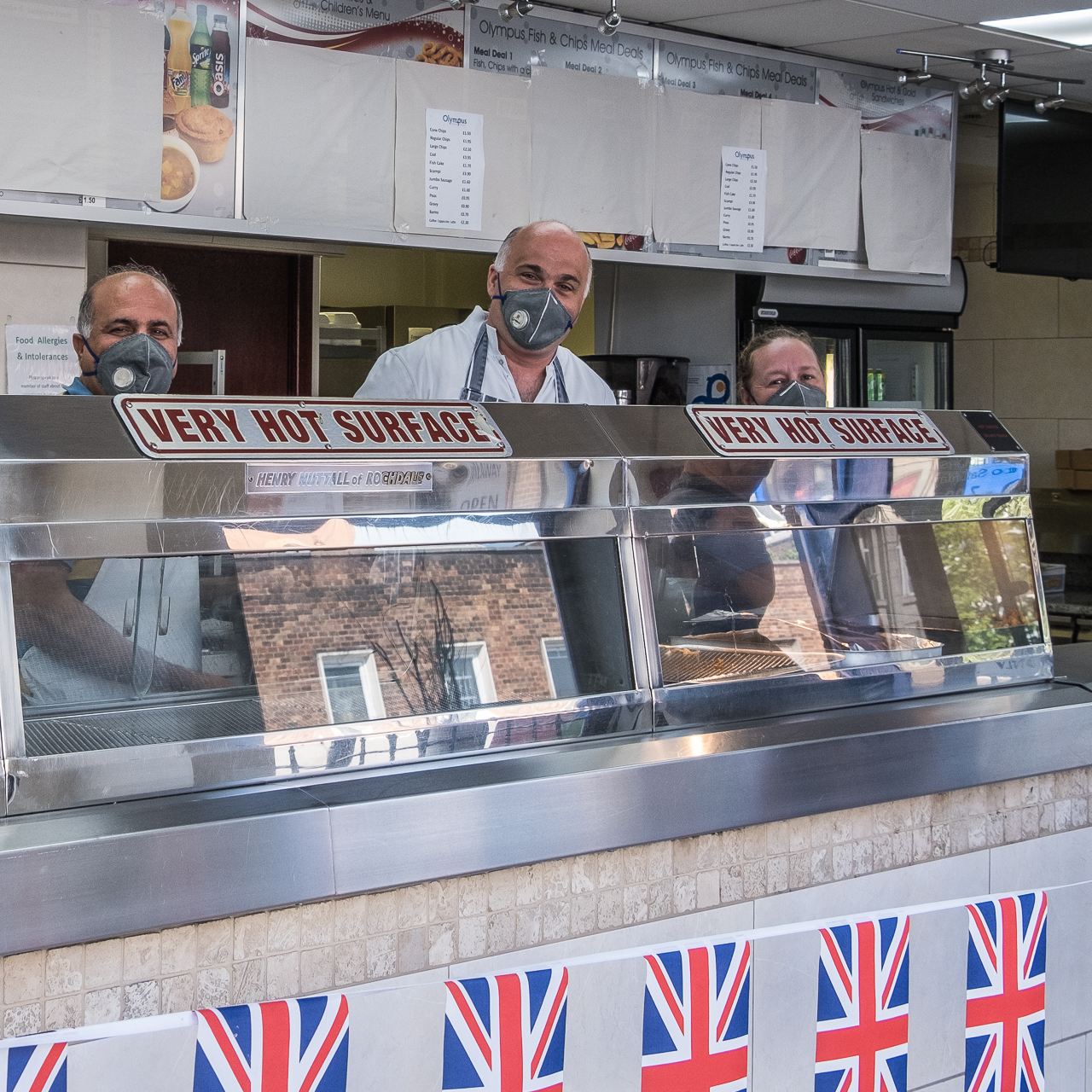 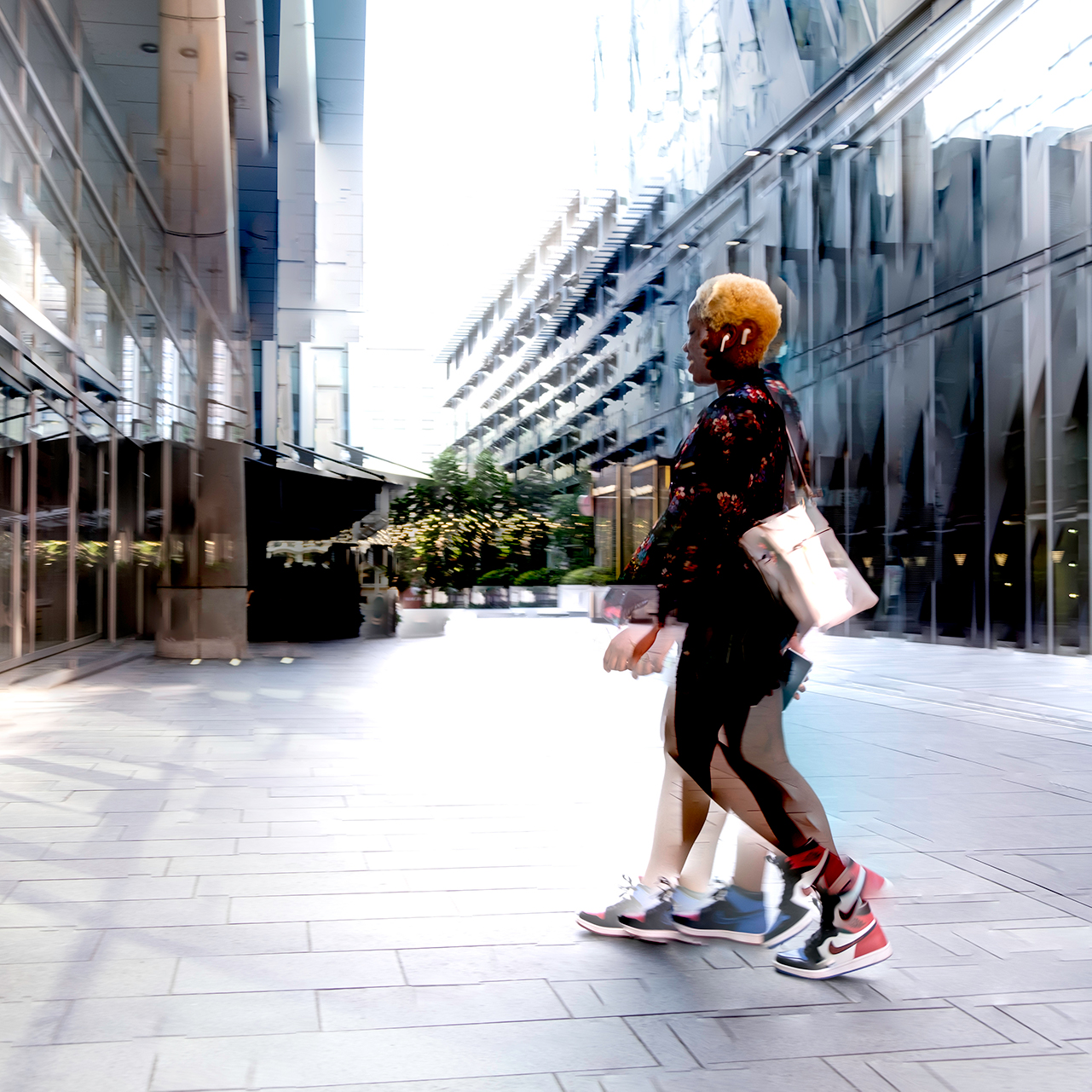