Along the path of peaceful protest

I’d been looking forward to this event since I first heard about it earlier this year. As an avid walker and firm believer of our rights to access the countryside, I just couldn’t miss out on the 125th anniversary celebrations of the 1896 Mass Trespass walk from Bolton to Belmont via the then disputed Winter Hill moorland paths.

The event on 5th September 2021 was coordinated by a group of like-minded individuals in Bolton who came together to form an organising group, Winter Hill 125, including Paul Salveson, author and historian, Chris Chilcott, writer and campaigner for social justice, Martin Challender, UNISON & Labour Party activist and Tony Greenwood, mountain leader and local historian. Local organisations including Bolton Council Museum Services, Smithills Woodland Trust, Bolton at Home, Live from Worktown and Bolton Documentary Photography also contributed to events and activities on the day.

So first a bit of history, and the reverse of the Winter Hill 125 banner is a good place to start. While it’s been very well publicised recently that the walk in 1896 was precipitated by the closure of the moors by Colonel Ainsworth, so that he could hold private shooting parties, the banner illustrates the people linked to this centuries old struggle to preserve our right to roam, who clearly merit a mention here:

Gerrard Winstanley – the leader and one of the founders of the activist group known as the True Levellers who reclaimed common land that had been privatised, returning it to common use.

Joe Shufflebotham – founding member of the Bolton Social Democratic Federation branch and one of the leading organisers of the 1896 walk.

Solomon Partington – respected Liberal party member who campaigned for civil rights and who lent his support to the original Mass Trespass to regain access to the moors.

The day started on a grassy area near the junction of Blackburn Road and Halliwell Road where the Mayor of Bolton, Linda Thomas, led the opening address in front of the official banner. Commenting on the original Mass Trespass of 1896 when her grandmother would have been alive, she reflected on how times have changed, especially with her being a female mayor – at the time or the original walk, she pointed out, her grandmother would not have had a vote nor even gained the right to until well into her 30s.

Kate Ashbrook, general secretary of the Open Spaces Society, a former president and three-times chair of the Ramblers, spoke next and highlighted the current bill in parliament that proposes change to the law of trespass and how this needs to be opposed as it could seriously curtail everyone’s right to access and enjoy the countryside.

The final speaker was Guy Shrubsole, a writer, activist and co-founder of the Right to Roam campaign. He shared information with us on just how much land is privately owned in the UK and how little we all currently have right of access to – a measly 8% in fact. Interestingly, he contrasted England with Scotland, where the Scottish public enjoy a full responsible right of access.

Given around 600 people had gathered at the start, the crowd quickly assembled into an orderly line, waiting patiently on the pavement to minimise traffic disruption.

Soon, that became a full-blown procession, with the bearers of Winter Hill 125 banner leading the walk northwards, following the original route to the edge of the moor.

Behind the banner and providing the beat to a fairly brisk walk came the PCS Samba band who play for free on marches and protests. Their music and the incredible sunny weather certainly gave the walk a cheery feel and aroused the interest of residents and passers-by on the road.

Taking photos and keeping step with the walk from the other side of the road, I had plenty of people ask me about the walk and express their support – even passing cars were tooting their horns in solidarity.

Having crossed the busy Moss Bank Way and experiencing only a very minor outburst of road rage, the procession carried on up Smithills Dean Road.
Sadly, we said thanks and goodbye to the samba band and walked on in relative silence, but still keeping a good pace up the hill.

More groups joined in at the junction of Scout Road and these swelled ranks all proceeded up Coal Pit Road to the Memorial Stone for more speeches.

Detouring slightly, I headed up on a path that would give an elevated view of the walk as it continued to the Winter Hill Masts. By this time, the crowd had stretched out, possibly hindered and slowed down by the gates and stiles en-route to the top.

Joining back in line, I followed the walkers up the final stretch of the hill. From this perspective, the walk was still going strong with the unexpectedly hot day creating hazy views over Manchester and Cheshire plain.

With the help of a co-member of Bolton Documentary Photography, I was aiming to photograph and interview people along the route to record their thoughts of the day and this naturally slowed down our progress, but it did give us good views of the crowd as everyone made their way up to the masts.

Another organisation key to the proceedings was Bolton Mountain Rescue. They accompanied the marchers through the town in a Land Rover and then positioned a number of vehicles at the summit, to help out anyone who’d got into difficulty on the walk. Fortunately, there was only one case of exhaustion, probably due to the welcome but unseasonal high temperatures, but other that, it was an incident-free day for the rescue volunteers.

I managed to catch up with Paul Salveson at the summit, who had just finished an interview with a TV news crew. He was delighted how the walk had gone, especially with a turn-out of over 1,000 people and of all ages.

I’m sure the original campaigners would be truly proud of this 2021 commemorative event and the organisers deserve sincere thanks for all they’ve put into making it a success. Equally, I’m sure it’s helped raise awareness locally of the land access challenges we still face today. As a peaceful and thoroughly enjoyable mass event, let’s hope it’s contributed to the cause and calmly demonstrated the need preserve our rights to roam in England. 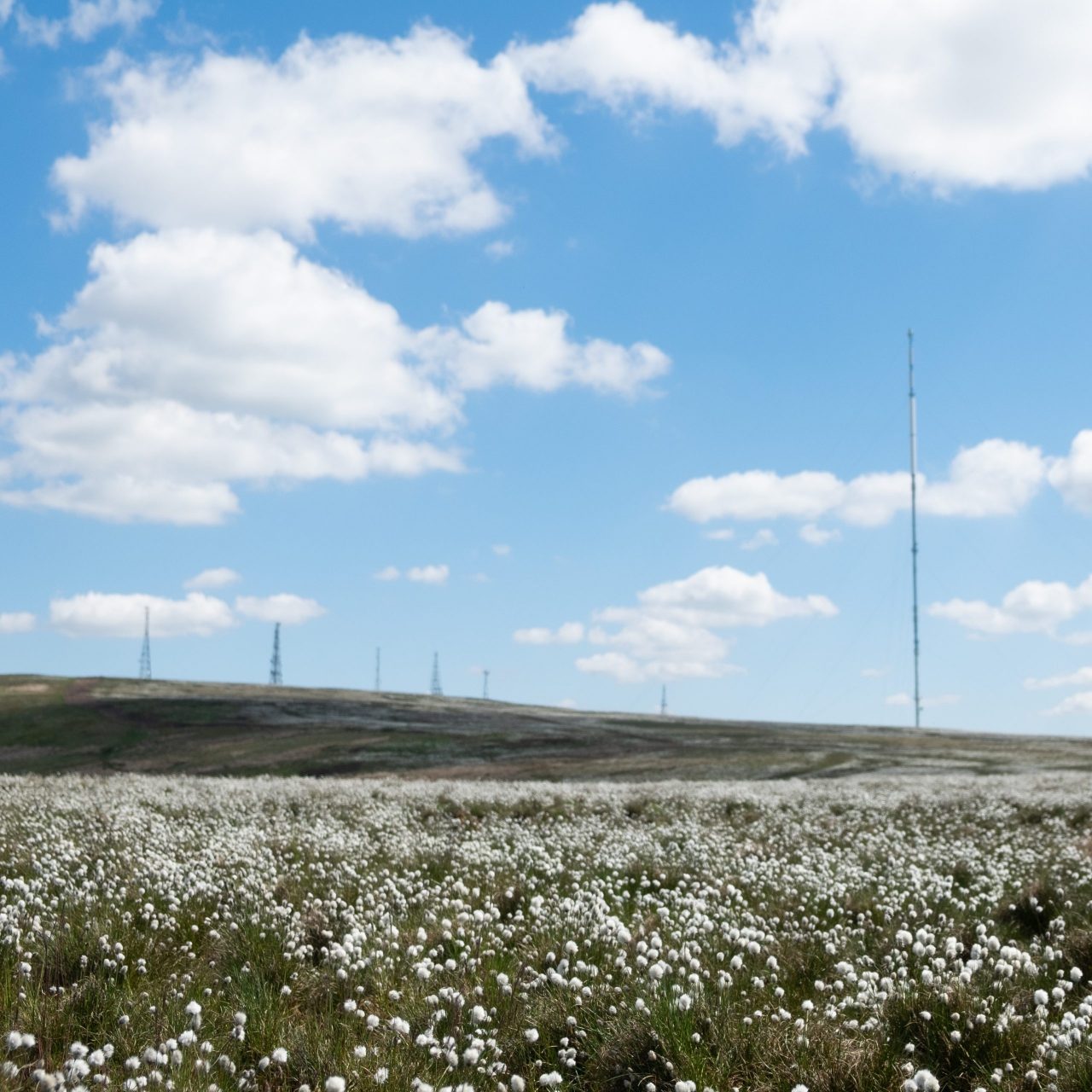 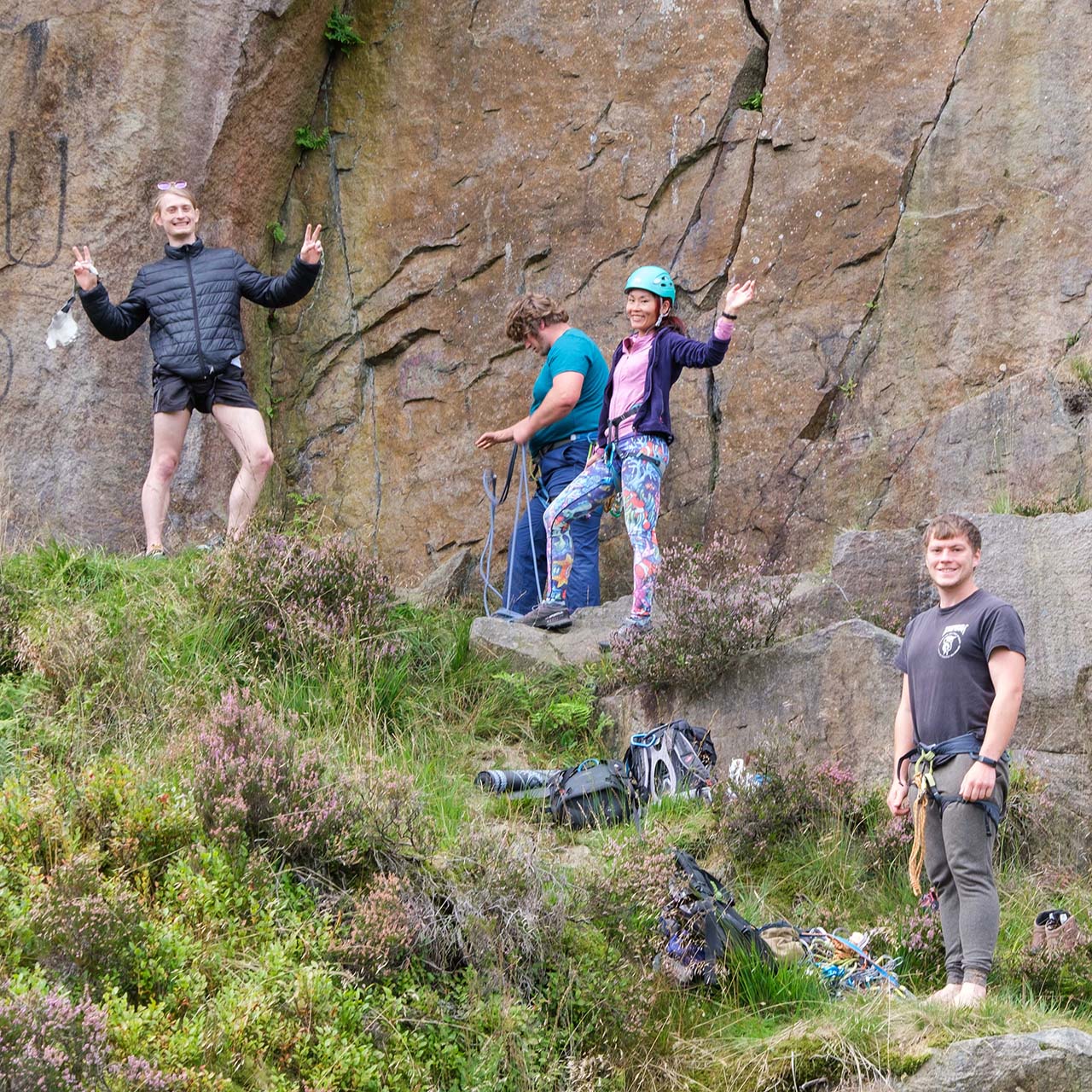 Excellent narrative Julia,. stunning photos but shurely the 5 September not the 4th (ed).

Oh thank so much Dave, that’s much appreciated! Yes, you’re absolutely right, it was definitely the 5th, so it’s now corrected in the text.

Do you mind if I use one or two of your pics on my blog CampaignerKate? They are so brill. I’ll credit you. Thanks. Kate

No problem at all, I’m so pleased you like them!
If you let me know which ones you’d like to use, I can send you better quality versions by email.

That’s so kind. I’d like the header, Winter Hill Banner, each of the speakers, and the one near the top with the aerial. Thanks so much fab!

Actually, they are OK to download from your blog so no worries. Thanks so much

[…] Special thanks to historian Paul Salveson who uncovered the colourful history as told in Allen Clarke’s 1920 book, Moorlands and Memories, and to all the organisers who made it such a memorable day. Thanks also to Julia Uttley who has allowed me to use the photos from her splendid blog of the day here. […]

Hi Julia, A great account of what sounds like a great occasion. Events such as this are very important, in that they commemorate and preserve the vital actions of our forefathers. Where would we be without their courageous interventions? Well done to them and well done to you for preserving and highlighting this! All the best, Ian

Yes, I totally agree and especially when this is still a live issue in England, almost as much as it was back in 1896. The good news is there were many planned documentary activities for this walk, so this is probably the best recorded of them all so far. Hopefully these records, whether oral histories, photos or film will be useful to people in the future too.

Hi Julia, me again. Could I use the header pic as the front cover of the Open Spaces Society’s mag Open Space? Could you email me a hi-res one of that? I’ll credit you of course. Many thanks. Kate